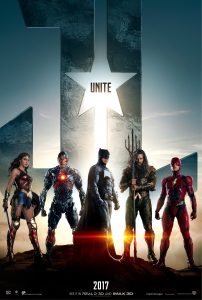 So, last week was packed full of Justice League news.  We had short video teasers and character posters for all the major members of the team, including Aquaman, Batman, Cyborg, The Flash, and Wonder Woman, but minus Superman.  Now, this is not surprising, given that he died in the end of Batman V Superman, but we know he’s in the movie and we know he comes back, we just don’t know how.  Henry Cavill’s Man of Steel was featured in the first team poster, but hasn’t been seen since.  Not a peep in the SDCC trailer or the new trailer.  My feeling is, they are not going to show him at all in any of the marketing or promo for the movie and I’m okay with that.  How he comes back to life and how big of a role he plays in the movie should be a surprise.  I just don’t want it to be ten minutes at the end of the movie.  They’ve built this whole thing up too big for his role to be so minor, but we did hear rumblings a few months back that he would not appear until the third act and even then, it would be minimal.  It remains to be seen, but it’s going to be a long drought of Superman waiting until November to see it on screen. 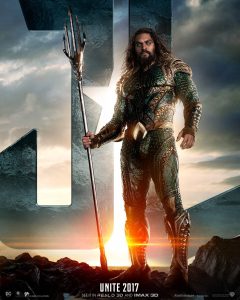 The Flickering Myth writing team had plenty to say about that new Justice League trailer.  I seemed to be in the minority for liking it, but you can read what everybody thought here.

I added a lot of new content to the website this past week, including all of my Batman News articles, all of my We Got This Covered articles and a whole slew of Flickering Myth stuff, but I’m not done yet!  Keep an eye out on the page for new stuff being added all the time.  My latest articles will always be featured on the home page slider too. 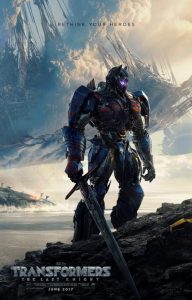 I did a fascinating interview with Cris Velasco, who composes music for video games (a lot of video games!) and most recently did Resident Evil 7: Biohazard and music for the Hulu show, Freakish.  You can read it here.

Finally, I’m going to be doing one-on-one interviews later this week with  Isabela Moner and Jerrod Carmichael from Transformers: The Last Knight.  If you have any questions for them, drop them in the comments below or send me an email through my Contact Me page.  Thanks!